Athena is the narrator in Overwatch.

Athena is the computer system for both Watchpoint: Gibraltar and the MV-261 Orca.

Athena, or at least a prototype of her, was created by Dr. Mina Liao. The prototype was deemed a success, which paved the way for approval of the Echo Project.[2]

After Overwatch's disbandment, Athena remained with Winston, helping him with tests at Watchpoint: Gibraltar as well as monitoring his health.[3]

When Winston watched the worsening events of the world from the news reports, he was motivated to recall Overwatch agents to active duty. However, Athena stepped in before he could do it, reminding him of the Petras Act which made any Overwatch activity illegal.

The base was attacked by Talon agents, including Reaper. The agents immobilized Winston with taser cables while Reaper headed to another room and attached a device to machinery on the wall. Athena determined that the device was hacking into her systems to extract the database of Overwatch agents, and alerted Winston to it.

Winston managed to fight off the agents, but Reaper knocked him out. Athena's voice awakened Winston, warning him that Reaper was going to have all the Overwatch agents' locations. Winston managed to defeat Reaper and destroy the hacking device. From his terminal, he scrambled to stop the download and save Athena. To his shock, the screens went black and she became unresponsive. After a tense moment, Athena came back online and announced that the virus had been quarantined.

The agent recall screen reappeared before Winston and he again considered the choice. This time Athena made no protest as Winston finally decided to activate the recall.[3]

Athena advised Overwatch agents in their operations via the Orca, including Nepal, Lijiang Tower, and Ilios.[4]

Athena celebrated Christmas together with Winston, Tracer and Emily, where she engaged her "party mode".[5] 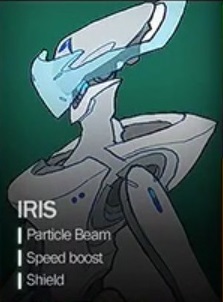