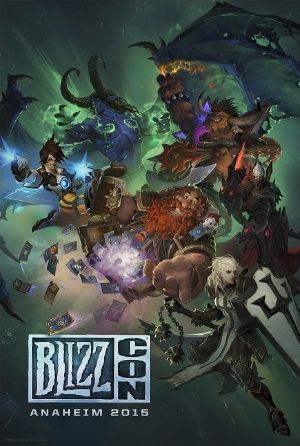 BlizzCon 2015 was the ninth installment of Blizzard Entertainment's annual BlizzCon event. The 2015 BlizzCon took place across November 6-7, 2015, at the Anaheim Convention Center. A pre-BlizzCon charity dinner was held on November 5 in support of the Children's Hospital of Orange County.

The event's "goodie bag" included an Overwatch-themed logo emblem.[3] Interviews will include the Overwatch setting.[1]