Gérard Lacroix was an Overwatch agent who spearheaded operations against Talon.[1] 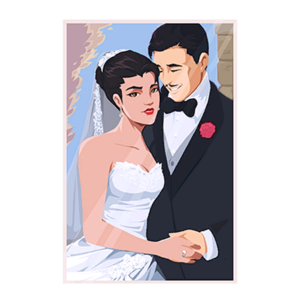 Lacroix worked with Blackwatch agent Gabriel Reyes on at least one occassion. The two of them had a good working relationship with mutual respect. One operation they took part in occurred in Cape Town, where Lacroix apparently saved Reyes. Reyes remained silent on what actually happened, but apparently found the incident amusing to reflect on.[2] 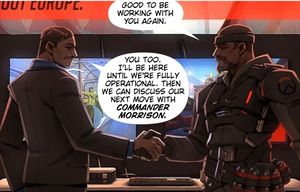 Reyes and Lacroix in the Rome facility

Eight years before the present day, Lacroix was heavily involved in anti-Talon operations. He wrote a dossier which detailed the standing of Talon's paramilitary forces, and the actions of Antonio Bartalotti, an arms dealer associated with Talon.[3] At the newly built Blackwatch Rome facility, he met with Blackwatch agents Reyes and Jesse McCree. As he led them through the base, he explained that they were gathering intel on Talon, and directed their attention to Bartalotti, who was responsible for an attack on Overwatch's Oslo facilities. He likewise informed them of Bartalotti's compound in Venice. McCree was up for a "road trip," but Lacroix pointed out that it wouldn't be that simple—Bartalotti had friends in the Italian government, and they'd be able to secure his release if apprehended. Instead, Lacroix favored moving against Bartalotti's supporters, disrupting his cash flow. This would also keep Talon in the dark as to Overwatch's actions.

Reyes and McCree parted ways with Lacroix, confident in his plan. Moments after exiting the building, it was destroyed in a massive explosion, completely levelling it. Lacroix survived, and his unconcious body was pulled out of the rubble by Reyes. He was taken to Overwatch Headquarters where he was treated by Doctors Rosenberg and Ziegler, the latter of whom expected Lacroix to make a full recovery. Reyes stayed at his bedside before launching an unsanctioned assault against Bartalotti in retaliation.[2] The attack resulted in Bartalotti's death, and Blackwatch being revealed to the public. Alongside Jack Morrison and Ana Amari, Lacroix, now concious, debriefed Reyes on the incident.[4] 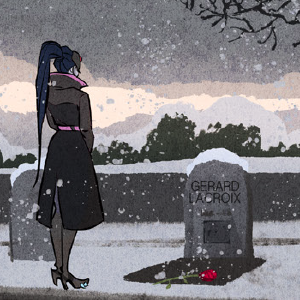 Lacroix survived the Rome attack. Over the course of his life, Talon made several attempts to assassinate him, all of which failed. They made a new move when they kidnapped and brainwashed his wife, Amélie. She was eventually found by Overwatch agents, and returned to her normal life with Gérard. Two weeks later, she killed him in his sleep.[1]

Years after his death, Amélie visited his grave at Christmas.[5]