Note: The title of this article is based on conjecture. 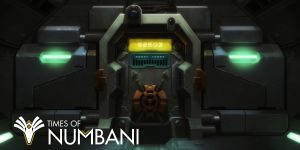 One of the facility's cells

A maximum security prison is operated by Helix Security International. Its existence was classified, and it was said to hold the world's most dangerous threats.

The facility was breached in a Talon operation. It began in the early hours of the morning, when an unidentified aircraft approached the facility. Security initially reported that the craft had no passengers on board, based on radar scans. The craft passed through the range of the installation’s defense systems without incident (this feat led some individuals to believe later that Talon had moles within Helix). Video surveillance from within the compound revealed a black shadowy figure emerging from the craft and descending upon the prison grounds. The unidentified assailant easily overcame the Helix security agents, leaving over a dozen dead. Medical records of the casualties reveal injuries and cellular degeneration matching other incidents involving the mercenary known as the Reaper, all but confirming the incursion as a Talon attack. Akande Ogundimu was freed, and possibly other inmates.

Reports reached the media, but it took three months for a complete picture of the incident to become clear; Times of Numbani ran a story on the incident, confirming that Ogudimu had indeed been freed. Helix officials were unwilling to reveal whether other escapees or items were taken from the facility, but sources indicated that there were likely other breaches.[1]