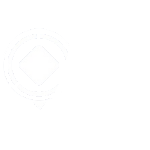 Hybrid is a combination of the game modes Assault and Escort. It is one of the 4 main game modes in Overwatch.

All Hybrid maps start with Assault and result in an Escort situation, should the attacking team manage to take the point.

The Point (like the payload) can only be taken at up to 3x speed, despite the fact that the HUD will display the full number of players on-point, which can be up to 6.

Tables below display the number of seconds required by X players to capture each tick of Point A (Assault).