Map layout and points of interest 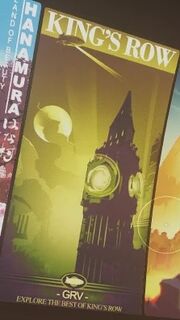