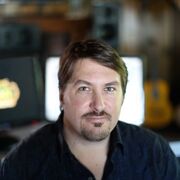 Neal Acree is a member of Blizzard Entertainment. He has composed scores for World of Warcraft and Overwatch.

Acree played the original StarCraft before joining Blizzard. He has composed the introductory cinematics for every World of Warcraft cinematic as of The Burning Crusade.

In Overwatch, he worked under Derek Duke. Discussions were held as to how the music would reflect the game's relatively optimistic view of the future. He has described the music as being electronic and orchestral, with the former reflecting Overwatch as a game set in the future, but with the music not completely reliant on it.[1] He worked on the game's opening cinematic, as well as the shorts Dragons and Hero.[2]