The Overwatch League is an esport league created by Blizzard Entertainment for professional Overwatch competition. It was announced on November 4, 2016 at BlizzCon 2016.

The winning team earns USD $5 Million, divided by all the members of the team, and the Overwatch League trophy. 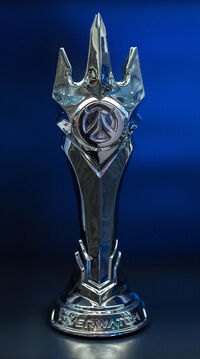 The All-Star Weekend is a post-season event where the best players from the Atlantic and Pacific Divisions face off in a series of semi-competitive and fun gamemodes.

Join us for the first-ever Overwatch League All-Star Game, Powered by Intel®.

The All-Star Weekend kicks off on Saturday, August 25, with a series of custom skill matches, and on Sunday, August 26, the Atlantic and Pacific All-Stars go head-to-head in the official All-Star Game.

Two teams of Lúcios battle to boop a huge ball into an even huger net.

Lúcioball settings on the Busan Lúcioball Arena map. Each match will last five minutes. If

a match is tied at the end of five minutes, then the next goal wins.

Each time a player respawns, they are assigned a different random hero.

Atlantic will face Pacific in a Best-of-three series for honor and glory.

competitive settings in a best-of-three series on control maps Ilios, Lijiang Tower, and

Nepal. For Mystery Heroes, players will be assigned a random hero at the start of each

map, and a new random hero on each respawn.

mini-tournament. The four players from each squad will compete head-to-head until

there’s one Atlantic and one Pacific champion. The two champions will face off in the final.

The winner for all matches prior to the final will be first player to reach five eliminations.

The final will be decided by the first to seven eliminations. Eliminations are headshot only,

and automatic firing will be disabled. There will be no capture points, but after 30 seconds

player locations will be visible to both players. A match will result in a draw after five

minutes. This mode will be played on Castillo (quarterfinals), Necropolis (semifinals), and 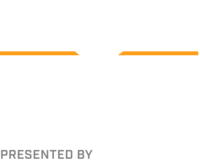 Prior to All-Star Weekend, the Atlantic and Pacific coaches will draft two teams of casters

and analysts. (Keep an eye on our social channels for draft results!) The two teams will

played will be King’s Row (hybrid). The team that loses the first map gets to select the

second map. If the series is tied 1-1, a game of Lúcioball will be the tiebreaker. If the

will help call the game along with the casters and analysts not playing.

The Atlantic Division will face the Pacific Division in a best of three Lockout Elimination series.

lockout elimination settings. The winner will be determined in a best-of-three series.

The maps for this mode are Oasis University, Necropolis, and Castillo.

the 2018 Atlantic All-Star Tracer and the 2018 Pacific All-Star Genji. Both skins will be available for a limited time from August 17–27.

Each skin is redeemable for 200* Overwatch League Tokens. (*Reduced from the previously announced price of 300.) 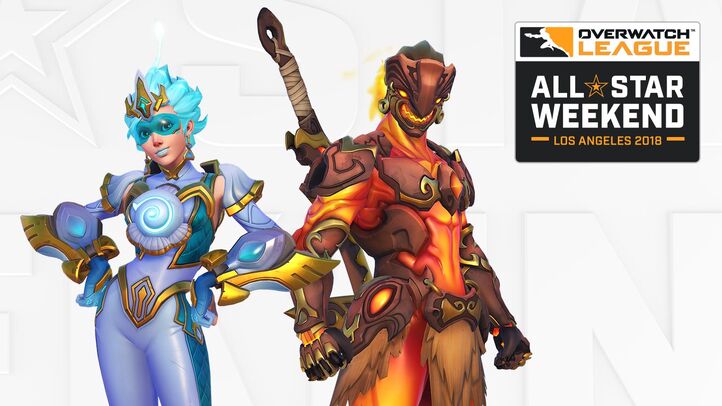 Each hero has a themed skin for each Overwatch League team. Unlike the regular cosmetics in Overwatch which are unlockable through Loot Boxes, Overwatch League skins can be unlocked with League Tokens, a purchasable in-game currency. League Tokens can also be earned by watching League streams through the official site, Twitch, or MLG.com.[1]

Through a partnership with Twitch, the League offers unlockable skins and Twitch emotes through Cheering. Cheering is done through the Twitch chat with Twitch's purchasable items known as Bits. Cheering has individual unlock system where you can cheer bits and unlock skins, team and hero emotes. There is also universal goals for unlocking certain skins after the goalis met, they can be purchased claimed by cheering a certain amount of bits. All progress for these goals are viewable at the League's Twitch page.[2]

without a universal unlock goal.

These are twitch emotes that show up when you cheer the amount shown below, these can only be seen when cheering.

An emote is unlocked when you cheer 150 or more to a specific team, this can be used after cheering.

Unlock 5 emotes by cheering 250 bits or more! Cheer 500 bits or more and you’ll unlock the other 5 and trigger a shower of gifts for others in Chat.

The Overwatch League All-Access Experience can be attained through the $29.99 purchase (or $19.99 purchase with Twitch Prime) of an All Access Pass on Twitch.

Behind the Screens: Match analysis by players[edit | edit source] 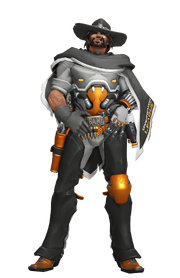 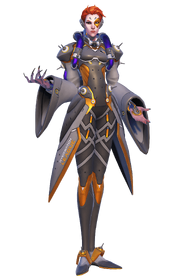 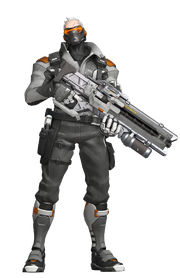 with the Overwatch League All-Access Pass. Remember you will get these specific skins.

An exclusive Lúcio Legendary emote was revealed on July 14, 2018, along with at that time unreleased Overwatch League Gray skin. The emote was made available July 24, 2018 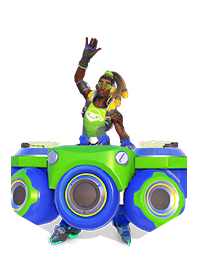 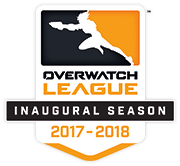