Rise and Shine is the seventh animated short for Overwatch, and the second episode of season 2.

Rise and Shine follows Mei, and her robot Snowball, as Mei is awakened from the cryostasis she and her colleagues are forced to go under after they missed on a resource refill because of a polar storm that occured on Ecopoint: Antarctica. 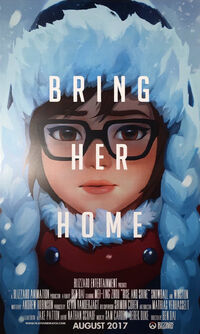